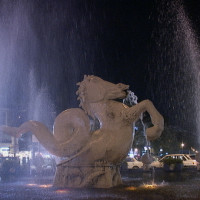 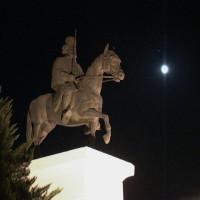 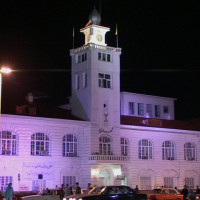 Rasht is located at center of Gilan plain, in the widest delta part of Sefidrood River with the height of averagely 8 m above the sea level and the end of the main side road of the Caspian Sea and along the first class main road of Qazvin to Anzali port. Rasht enjoys a moderate and humid climate with variable humidity during the year. Rasht consists of 6 parts "Markazi", "Khomam", "Khoshkebijar, "Lashtnesha", "Kochesfahan", "Sangar", 7 cities and 18 rural districts.

Rasht has some significant features, according to its geographical, economic, social, cultural, political and administrative conditions. This city is greatly important based on its geographical situation (locating on the central  plain and its large width, fertile lands and soil, being the most important region of the province and Iran in terms of  rice cultivation), communicative situation (locating among Tehran–Qazvin-Anzali-Astara roads, in one hand, and the main road from Gilan to Mazandaran and the east of Gilan, on the other hand), political–administrative situation (situating as the capital city of Gilan province) and economic development, towns expansion and industrial factories and the following increase in the agricultural-commercial activities  and in the number of science and technology centers. The most residents of this city are active in service, trading and industrial jobs and paddy is the main activities of the villagers in this region. The race of Rasht people is Aryan and they are from Gilak tribe speaking in Gilaki with Bieh Pas and Rashti dialects; they are also mostly Asna Ashari Shia. Some Armenian and Jewish live in this city, as well.