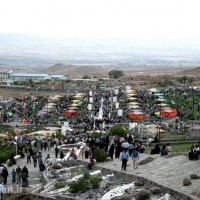 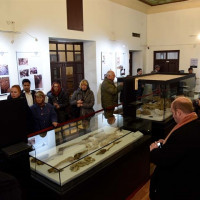 Zanjan is located in the northwest of Zanjan province in a mountainous area with the height of 1663 m above the sea level.

Uneven lands of this city are divided into north mountains and south mountains. This city enjoys a moderate summer and a highly cold winter. It consists of three parts naming “Zanjanrod“, ”Ghare Poshtlo” and “Markazi“, three cities and 12 rural districts.

Zanjan is the biggest and most significant city in Zanjan province and also one valuable city, according to its position on the Iran–Europe transit way and being a connecting point among central parts, the west and northwest of Iran.

Soltaniyeh, a great and glorious building in this city, is one of the Iranian biggest and of the most famous Islamic buildings registered on the UNESCO global heritage list.

The most famous rivers of this city are Ghezel Ozan and Zanjan Rud and the historical bridges on the Zanjan Rud River as the symbols of Iranian-Islamic architecture. The Climatic diversity of the city has resulted in a four season area with higher capacities in the field of natural tourism.

Zanjan people speak in Turki (Azarbaijani) with Zanjani dialect and they are Shia followers.