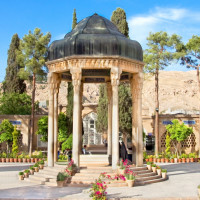 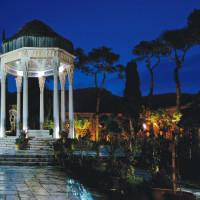 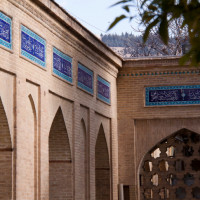 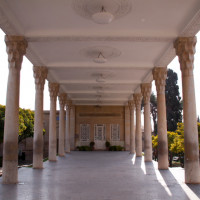 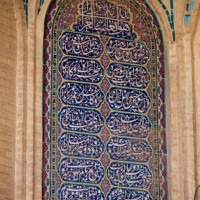 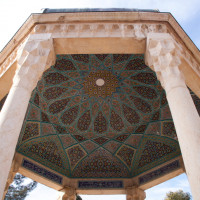 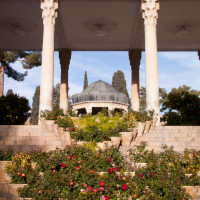 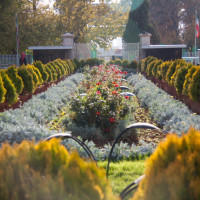 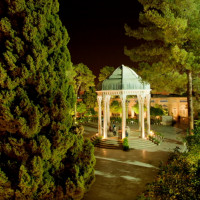 Hafezieh, the unique mausoleum of the eighth century Iranian sonneteer, Hafez Shirazi, is one of the most popular tourist attractions among Iran and Fars province celebrities. At first, Shams al-Din Mohammad Yaghmaei, minister of Abul Qasem Gurkani (Fars ruler), built a dome over Hafez grave and a large pool in front of it that was filled by Rokn Abad water in 865 AH (1452 AD). The building was repaired and some parts were added to it in later periods.

This monument dating back to the Mozaffarid period was built commissioned by Reza Pahlavi and Ali Asghar Hekmat with Andre Godard design, the famous French architect, in which four stone pillars is related to Zand period. They also added 16 columns, a large veranda with 22 columns with the length of 56 meters and painted decorations, plaster and tile work in 1316. This building has been constituted from two North and South courtyards separated from the hall. Also, there are beautiful garden and orangery and rectangular pools in the courtyard of the mausoleum.