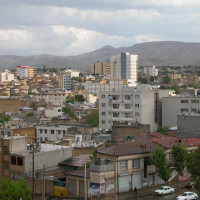 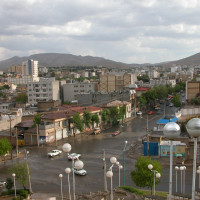 Kermanshah is located in a mountainous area with 1200 m above the sea level in the center of Kermanshah province and enjoys mountainous moderate climate.

Kermanshah is known to be the India of Iran because of its climatic, national and religious diversity, and having four seasons at the same time. Kermanshah consists of 5 parts, ”Bilor”, ”Firuzabad”, ”Kozran”, ”Mahidasht”, ”Markazi“, 4 cities and 13 rural districts. Kermanshah is the 9th biggest city, the second royal Sassanid accomodation, one of the tourism cities with natural, historical and cultural attraction of Iran.

Paraw Cave, one of the biggest caves in Paraw Mountain, enjoys a global reputation. This city is so significant being located on the way of north to south and east to west roads and vicinity to Iraq, Karbala and Baqdad and because of that it has left the important cultural and spiritual tremendous impacts.

The economy of Kermanshah depends on agriculture, industry, manufacturing complexes and oil refinery. Foodstuffs, building materials, handicrafts, Kermanshah carpet are among the important exports of Iran. Parviz Khan border market has the first place among Iran border markets. Music, local dance and sweets are the other cultural features of this city. Most of the Kermanshah residents are Kurds who are from original Aryan people. People of this city speak in Kurdi with Kermanshahi, Kalhori, Jafi and Laki dialect as well as Farsi with Kermanshahi dialect. Most of the Islam followers of this region are Shia, but there is some Sunni in the region, too. Also, some groups who are follower of a religious sect known as”Ahl” live in this city.